The poker Club 52 and the Men’s Club of Sun City West were hosts to the Tri-City Poker Tournament this past month.  The tournament involved poker clubs from Sun City and Sun City Grand who were invited to SCW to participate in a competition of the best men and women poker players from all of the poker clubs.  This tournament had occurred several times about 10 years ago but had since been dormant.  This was the second year that the club re-created this Tri-City Tournament and created the excitement, competition and camaraderie that we had previously experienced with our sister communities.

Last May the poker club in Sun City reciprocated by hosting the same type of tournament in their facility and Sun City Grand has plans to also host a similar tournament this October.

Rudy Velasquez, president of poker Club 52, was the motivating force of this large undertaking by coordinating with the SCW Men’s Club, the poker clubs of the other communities and with the SCW Rec. Center for their approval

The Tri-City tournament was an immediate success, selling out to capacity in just a few days. Over 160 players bought tournament chips to qualify to play in the game and win a portion of the “Prize Money”.  Tournament play was paused at about the halfway point so players could enjoy a meal catered and served by Memo’s Bistro and share “bad beat stories”.

After the break, play continued with players gradually being “knocked out” i.e. loosing all their chips, until only 14 players remained, who were all “in the money”.  After a brief celebration, play continued.  The next goal was to survive to be one of the ten at the final table and then to go as deep into the prize money as possible. One by one, more players were eliminated.  Because of the lateness of the hour, the final eight players decided to “chop” the remaining prize money. The final players were: Maurice Chesney-SCW, Charlie McCulloch-SC, Bill Hankins-SC, Larry Ingraham-SCG, Gary Lasch-SCG, Bill Froehner-SCW, Alan Baldenspergel-SC, Charlie Smith-SC 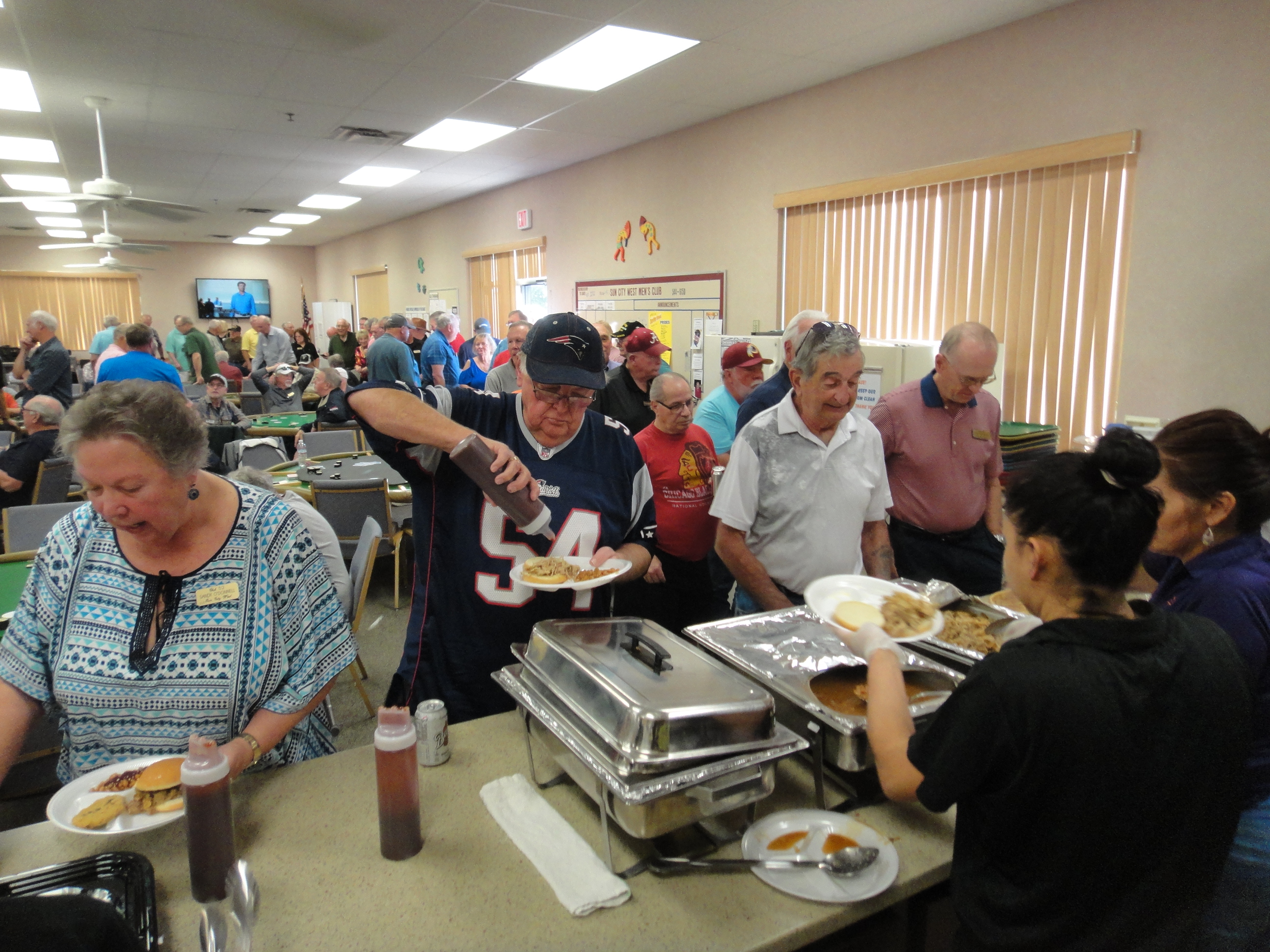 A catered dinner was served 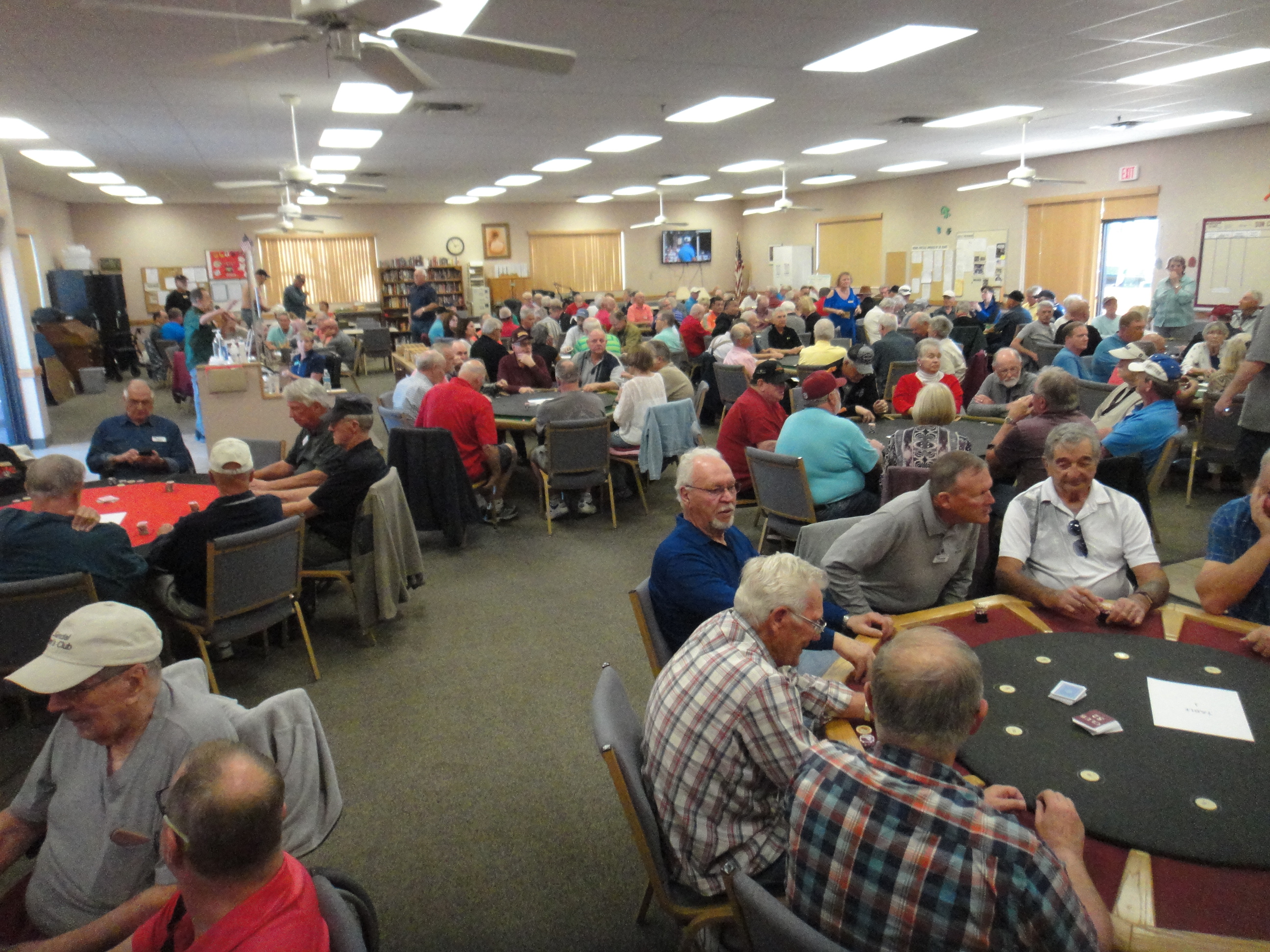 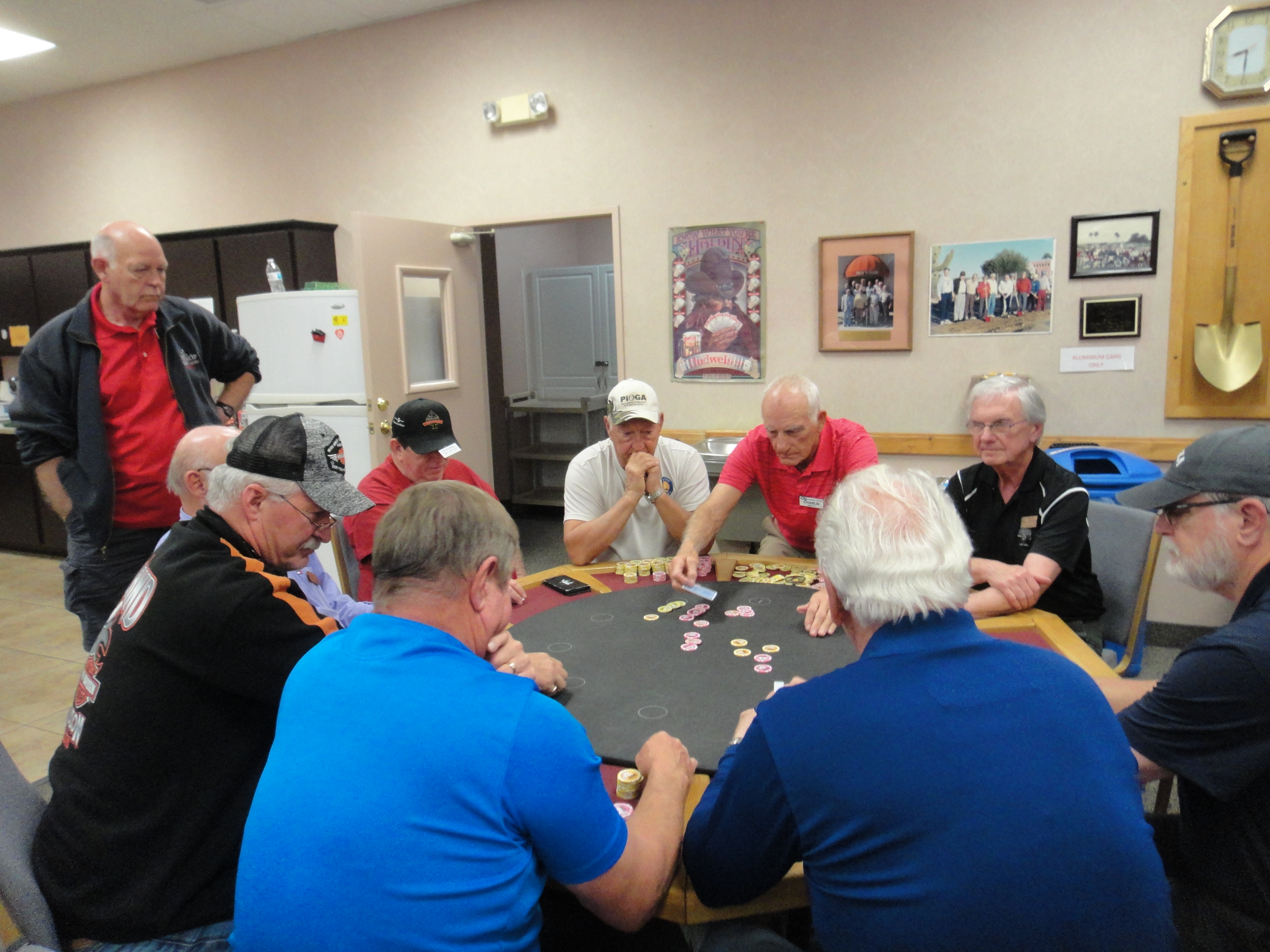 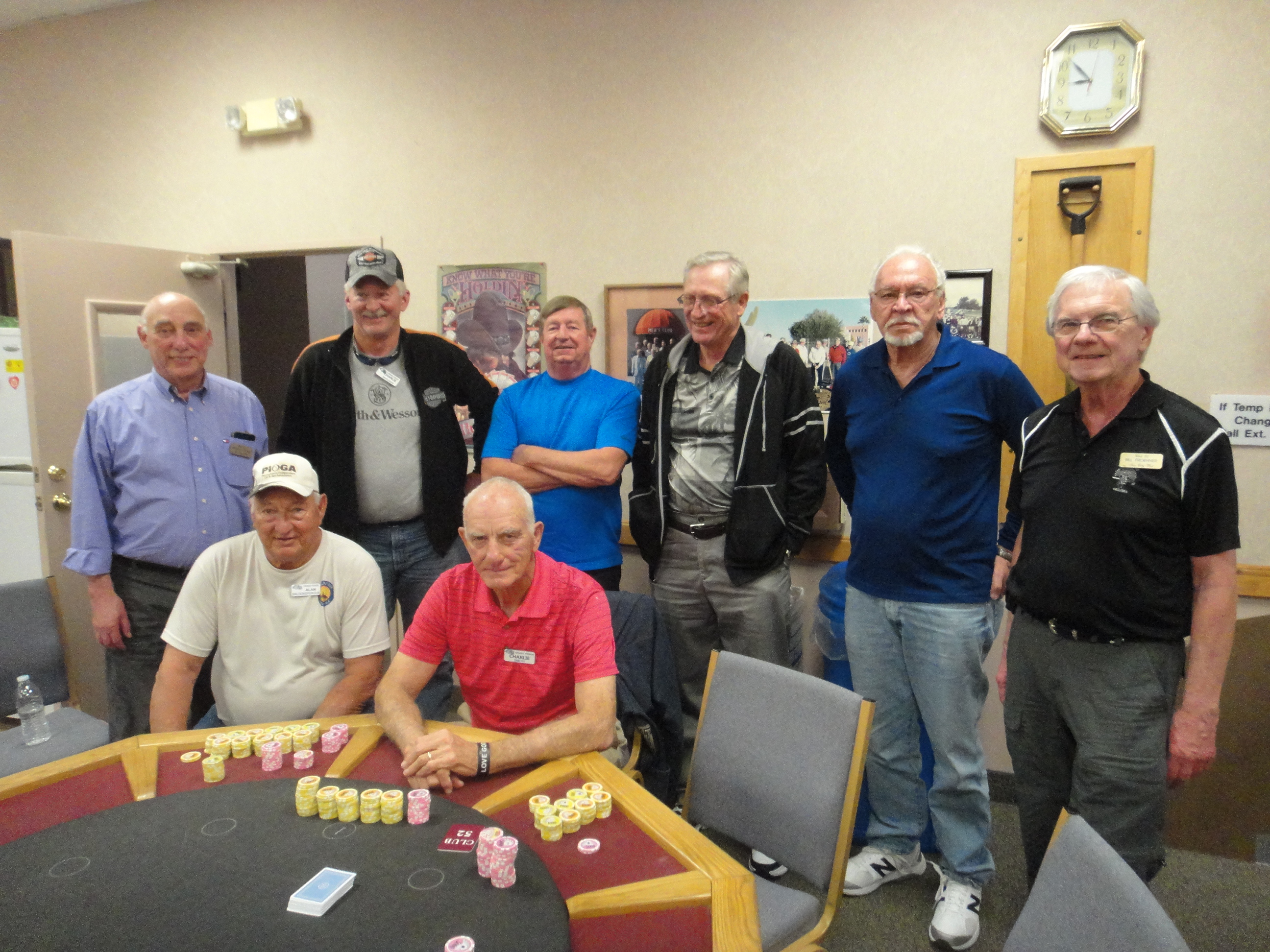 The final eight decide to “CHOP”

Back row from left to right:

Front row from left to right: